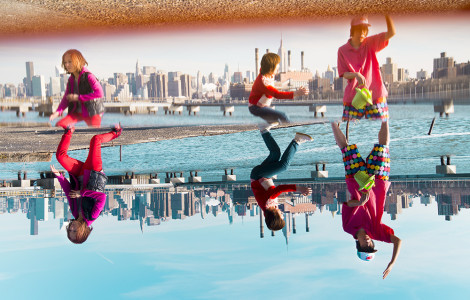 Buffalo Daughter is a three-member group consisting of Sugar Yoshinaga, Yumiko Ohno and MoOoG Yamamoto, often augmented by a drummer and other guests. Their sound is heavily influenced by German progressive rock and techno pop, but also includes bits of dub, club, shoe gaze and post-rock influences. Given their mix and match style, and that they emerged in the mid-90s, they are often considered as part of the Shibuya-kei movement.

In 2013, Buffalo Daughter released their 20th anniversary best-of album “ReDiscoVer. Best, Re-recordings and Remixes of Buffalo Daughter”. The group will release their 7th album this summer.