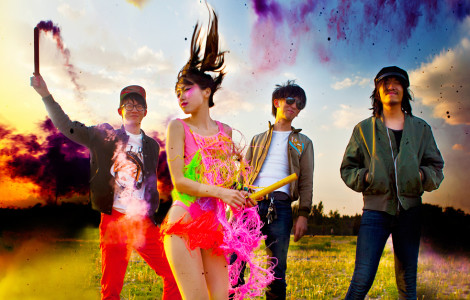 In 2005, they emerged with their nervous and saucy’surf-garage rock’ style and caused an explosion in Beijing’s underground rock scene. They, with the release of their first album in 2007, has become more and more noticeable among not only rock fans but also fashion and entertainment media due to their edgy attitude and unique taste for music and art. The success of their debut was followed by their second album WAVE (2011), which is a perfect combination of dance rock and electro music. Queen Sea Big Shark always bears the idea of “never look back” and wild young hearts beating to the sound of the future.